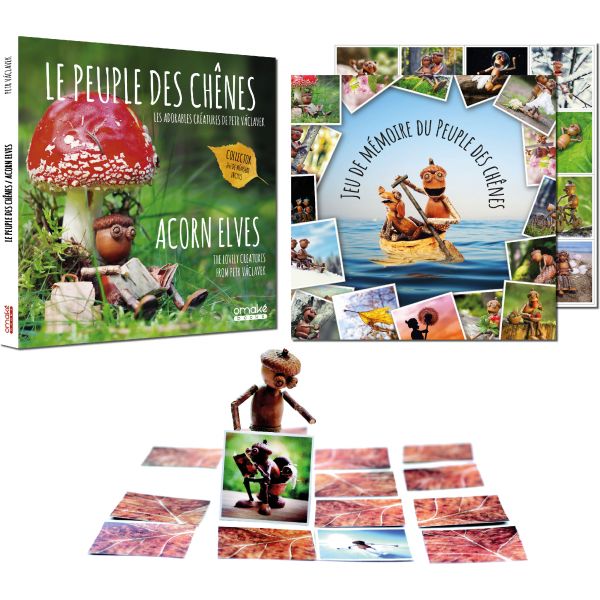 Welcome to the funny world of acorn elves, the lovely creatures from Petr Václavek!

Thanks to the imagination and humor of the artist Petr Václavek, discover the playful daily life of these mischievous little characters formed by acorns and living secretly among humans...

- This bilingual book (French / English) is an original creation designed hand in hand by Petr Václavek and Omaké Books.

- Around a hundred works by Czech artist Petr Václavek brought together in one book.

- The artist uses acorns from oak trees to design his creatures and immerse them in comical situations.

- Apart from the captioned photos (in French and English), the book contains a few bonuses, such as a tutorial for designing a creature as well as an interview to get to know the artist better.

- The content of the book is for all audiences oriented towards a family target.

Petr VÁCLAVEK was born in 1977 in the Czech Republic. After studying computer science, he turned to web design, which allowed him to express his creativity. He then discovered a passion for computer graphics and digital photography and became a freelance graphic designer. It was in 2016 that he imagined the oak people and created the universe of these adorable little characters. 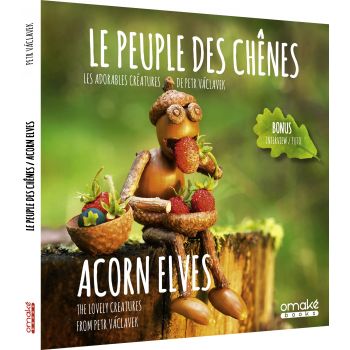 14 other products in the same category: 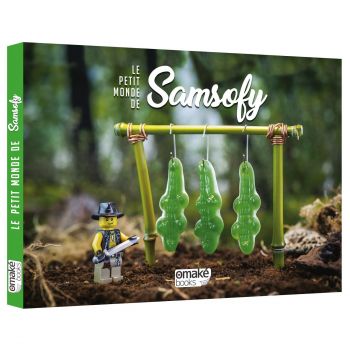 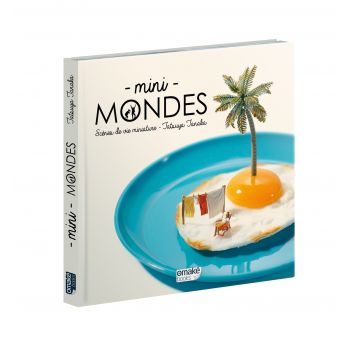